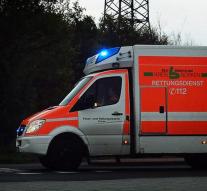 "The accident occurred in Grossruckerswalde, in Saxony. What exactly went wrong could not say a police spokesman. Also reports that the victims were a father and daughter could not confirm the police. There is an investigation."