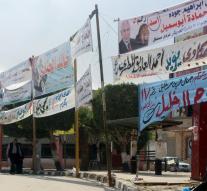 - At a hotel in the Egyptian city of al- Arish, two bombs been detonated. That the Egyptian state television reported Tuesday. Surely a person was killed. The hotel people have been placed in charge of supervising the elections.

In Egypt, the parliamentary elections in October and November in phases. Results are expected later this year.

Al- Arish is in the north of the Sinai Peninsula. In this region, many terrorist groups active that hold regular attacks on Egyptian military and police personnel. A Russian Airbus A321 with 224 people on board crashed October 31 by a bomb down over the Sinai. The plane had taken off in Sharm al- Sheikh. Nobody survived the crash.