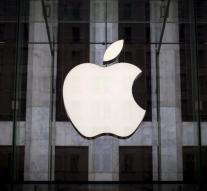 - About to announce next week 'iphone 7' everything seems pretty much already known, but KGI has now still discover something new. The new iPhone will have two different black finishes. There will be a matte black iPhone and a shiny black iPhone.

Next Wednesday, Apple tells the world about his new iPhones. In design terms, it is expected few fireworks, the iPhone according to insiders 7 looks almost exactly like the iPhone 6 and iPhone 6S. What is different is the lack of a headphone jack. Apple wants audio now run through the Lightning connector. The new iPhone would be against splash water.