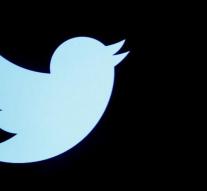 - Twitter has launched a great purge of prominent accounts that are associated with the highly conservative and right-wing movement alt-right. That reports The Daily Caller.

One of the first and most prominent accounts was killed by the action, is that of Richard Spencer, President and Director of the alt-right think tank National Policy Institute. Twitter has removed the account of Spencer Tuesday night, according to The Daily Caller.

Spencer Twitter tries the existence of alt-right to brush away. '' They are obviously scared. But they will fail! '

The accounts of the National Policy Institute and the online magazine suspended them, as well as a publishing house run by Spencer called Washington Summit Publishers. Accounts with other alt-right generally associated accounts are also blocked.

Several twitterers think the blockages may be due to new reporting functionality that the company has added to hatred against racial, religious, gender or counter orientation. The action of Twitter is likely to reduce the power of the alt-right movement, which has made considerable use of Twitter for journalists and political pundits play to misinformation in an attempt to support the last week elected US president Donald Trump.\n  \n  \n   advertisement