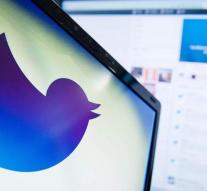 amsterdam - Twitter closes early 2017 his office in Amsterdam. That has let the company know. Sales activities, which are still being cared for by the local branch will be housed at Fire Deli on 1 January.

The social network was already late October announced it will implement a restructuring which some regional offices will close. Even then it was already clear that the Amsterdam branch was on the chopping block.

Managing Director Marc de Vries will guide the transition process. In February 2017 he also departs from the company. A total of 350 people made redundant by the company, about nine percent of the entire workforce.