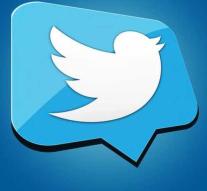 amsterdam - Twitter users can save tweets that they come across from now on to be able to read them later. The network enters the bookmark function on Wednesday. It must prevent people from losing an interesting tweet in the mountain of messages that pass by.

A sharing button will appear under tweets. With that button people can bookmark a tweet. It is also possible to send a tweet via a private message to another person. Others can not see which tweets a user has booked.

The bookmark feature is in the Twitter app for iOS and Android, in Twitter Lite and in the mobile site. Bookmarking is not available on the regular site and in Tweetdeck.