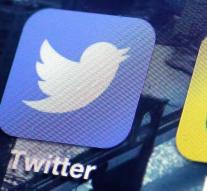 - Twitter has added more than 200 Olympic emoji. #TeamNL Shows the messaging logo Dutch team, an orange tulip. Apart from the Netherlands, only the United States and Brazil also own team logo using the hashtags teamUSA and Team Brazil. All other teams have a emoji in the form of its own flag.

Also hashtags like the Olympics, Rio2016, Gold, Silver and Bronze provide an emoji, as names of sports such as #CyclingBMX or #Archery for BMXs and archery. The Spanish, Portuguese and French words for precious metals and sports work.