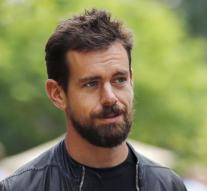 - Hackers have broken into the Twitter account of Jack Dorsey, founder and CEO of social media. Responsible for the hack is OurHack group, which has already broken on account of Facebook boss Mark Zuckerberg and Google CEO Sundar Pichai.

The action of OurMine seems like a publicity stunt. The hackers placed a few tweets on the account of Dorsey, in which they let know to test its safety. Engadget managed to make screen scots of tweets before they were removed.

OurMine is a group of hackers who offered to secure websites and social media.