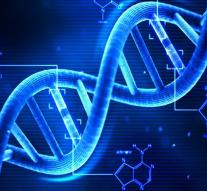 dusseldorf - A convicted burglar from Düsseldorf has his hopes on his identical twin brother. The family could ensure that the judgment is set aside, because his DNA is almost identical.

The burglar this summer was sentenced to thirteen months in prison. DNA evidence pointing in the direction of the 42-year-old Düsseldorf. The warehouse worker also has a Serbian twin. The court mentioned that previously only " ", an assertion but the Serbian Consulate, the existence of the identical family now confirmed.

Since the DNA of the brothers is substantially the same, it can not be said of the two who has been on the scene of the crime with certainty. That explained a spokesman for the court.

To clarify, the twin DNA should resign. However, it is not likely that he voluntarily to satisfy that request. According to the court is not clear whether he can be forced to release DNA. He is currently not a suspect.