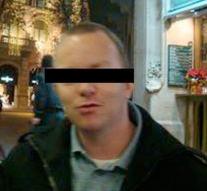 The prosecutor said Thursday during the proceedings in Brussels F.,, a very dangerous person '' and the risk of recurrence 'exceptionally large'. 'God knows what he did if he had not been arrested. 'The Dutchman did according to the public what would be the consequences of his action. Therefore, the maximum prison sentence was demanded, besides a kind TBS.

F.,, wanted revenge on society 'and had the supermarket chain in the preceding period extorted by threats of acid attacks. He laid a confession last year.


Counsel for the cleaning lady demanded an interim compensation of about half a million. The lawyer asked on behalf of Delhaize compensation of 2 million euros. 'The chain has a considerable loss of revenue by the facts ago and has had to invest heavily in security. '