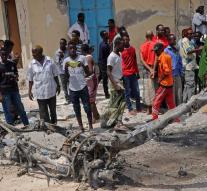 The attack took place Friday, about fifty kilometers northwest of Kismayo. American and Somali soldiers had been fought there with fighters from al-Shabaab. According to the Africa command, no American or Somali military personnel were injured in the fighting.