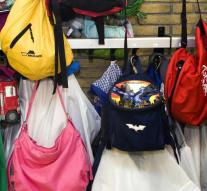 beijing - A man has attacked children at a primary school in Beijing. According to the first reports, he made twenty victims, reports Chinese media.

At least three pupils were seriously injured, police say in the metropolitan Xicheng district. There were no deaths as far as we know. The alleged attacker has been arrested. There is a lack of clarity about the weapon used in the attack. It would be a knife or a hammer.