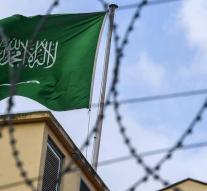 washington - Turkey has accepted a proposal from Saudi Arabia to jointly investigate the case of the missing Saudi journalist. A joint team has to investigate 'all aspects' of the disappearance of Jamal Khashoggi, says a spokesperson for the Turkish president Erdogan against the Anadolu news agency.

Turkish sources have previously expressed the suspicion that the journalist was killed in the Saudi consulate in Istanbul. Saudi Arabia says that these suspicions are not correct and has invited Turkish researchers to take pole height in the diplomatic post.

The Turkish authorities seem to accept that offer. A source within the Turkish security services says that a research team is preparing to conduct research in the consulate. 'We are still waiting for definitive permission to go inside', says the official. It is still unclear what kind of term Saudi Arabia gives the green light.

The United States is also involved in the investigation into the fate of Khashoggi, a prominent critic of the power-holders in Saudi Arabia. 'We have researchers on the spot,' says President Donald Trump in a television interview. Khashoggi lived in exile in the US, but was not an American citizen and disappeared abroad. That is why the FBI should not just interfere in the investigation, insiders say.

The US can possibly attach political consequences to the case. Bob Corker, the Republican chairman of the US Senate Foreign Affairs Committee, said that when Saudi Arabia is behind the disappearance of Khashoggi, 'sanctions should be imposed to the highest levels of the Saudi government. '