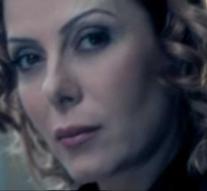 ankara - A well-known Turkish singer and actress has been sentenced to ten months in prison for insulting President Erdogan during a performance in 2016.

Singer Zuhal Olcay was accused of having changed the lyrics of one of her songs by recording Erdogan's name. While singing, she made an insulting gesture, reported the Turkish newspaper Hürriyet.

A video of the performance shows Olcay as she changes the lyrics of her song into: 'Recep Tayyip Erdogan, it's all empty, it's all a lie, life will end one day and you'll say: I had a dream' according to Hürriyet.

In her testimony, Olcay rejected the accusations and said that she had used Erdogan's name because it fitted into the rhymes and did not have a 'secret or abusive motive'. She said the hand gesture was aimed at someone in the audience.

The insulting of the president is a crime in Turkey with a maximum of four years in prison.