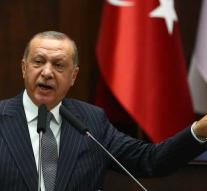 ankara - A Turkish judge has confirmed the life sentence for the prominent journalist Ahmet Altan and five colleagues on Tuesday. They can not claim conditional release and can not benefit from a possible amnesty scheme. The state press agency Anadolu has announced this.

Altan was convicted in February for involvement in the failed coup in 2016. He, like his brother Mehmet and four other media representatives, would belong to the network of the Fethullah Gülen living in the US. President Recep Tayyip Erdogan holds him responsible for the coup attempt.

The trial against the Altan brothers, who reject the allegations, underlines, according to the critics, that the freedom of the press and human rights in Turkey is bad. Apart from numerous journalists, tens of thousands of alleged opponents were arrested or dismissed after the summer of 2016.