Home / World / Turkish army officer asks for asylum in US 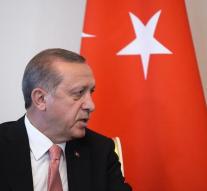 - An officer of the Turkish army has requested asylum in the United States. The soldier was stationed at a NATO base in the US state of Virginia and was recalled by the country after the failed coup attempt in Turkey. It is the first time that a soldier who is associated with the coup, for asylum in the US

The case could potentially create even more tensions between America and Turkey. Both countries are already at odds since the US do not feel like to extradite Fethullah Gulen to Turkey. Ankara considers the cleric fled to the US as the brains behind the coup attempt.

Turkey has more than 16 000 people arrested on suspicion of involvement in the failed coup.