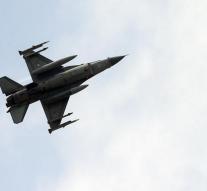 Turkey bombs in the mountainous region on the border regularly bases of the Kurdish separatist movement since the agreement on a cease-fire was violated last year. The Erdogan government shows with this action also to have returned to the control of the military after the failed coup Friday.