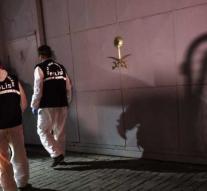 ankara - Turkey will share the information from the investigation into the disappearance of the Saudi journalist Jamal Khashoggi with the world. Minister of Foreign Affairs Mevlüt Cavusoglu announced this Friday. He pointed out that this has not happened yet. The investigation is still running according to the minister and if everything has been clarified, Turkey makes the evidence public.

There are also no sound recordings, for example, with the US as previously claimed. Khashoggi stepped into the Saudi consulate in Istanbul on October 2 and has never been seen again. He was a fierce critic of the Saudi ruler, crown prince Mohammed bin Salman, and lived in the United States.