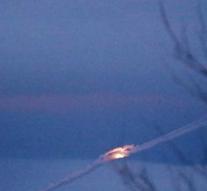 ankara - Turkey sends special police units to the Syrian Afrin region, despite the ceasefire announced on Saturday. Turkish Deputy Prime Minister Bekir Bozdag says the units are needed for a 'new fight.' According to the Turkish news agency Dogan, the troops are going to take part in battles in inhabited areas.

Turkey says that the ceasefire of the United Nations (UN) is not about its attack on the YPG in Afrin, but only on East Ghouta. The UN made it clear on Saturday after the vote that it is all over Syria, but that terrorist groups are excluded. Turkey sees the YPG as a terrorist organization.

The French president Emmanuel Macron has told his Turkish colleague Recep Tayyip Erdogan in a telephone conversation that the truce applies to Syria as a whole. He also said that France continues to monitor the human rights situation in the country, including in Afrin.