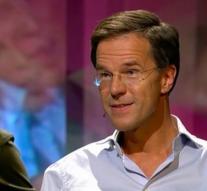 ankara - Turkey finds the statements of Prime Minister Mark Rutte on Turkish Dutch in the program Zomergasten inappropriate. This is contained in a statement by the Turkish Foreign Ministry.

Rutte responded in Zomergasten a movie where protesters Turkish Dutch NOS reporter Robert Bass made it impossible to work in Rotterdam. That happened after the failed coup in mid-July in Turkey. The reporter was informed that he had,, fuck off '.

Rutte responded fiercely.,, My primary first feeling is: lazer himself. So go back to Turkey. Pleur on '' Rutte said on seeing the images.