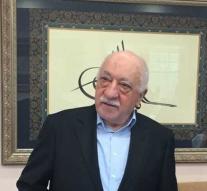 The Turkish government sees the spiritual Fethullah Gülen and his supporters as responsible for the failed coup in 2016. According to Bozdağ, the MIT operations abroad are a 'big blow' for the 'Fethullahist terror organization' (FETÖ) as the Turkish authorities Gülen movement invariably.

How and where exactly the actions took place is unclear. A spokesperson for President Recep Erdogan told journalists in Ankara that Turkey was not involved in illegal activities. He referred to Kosovo.

In March, six Gülen supporters were brought to Turkey with permission from the Kosovo Interior Ministry. The minister was dismissed for this. Bozdağ: 'The events in Kosovo are a great success. MIT will continue to carry out similar operations. '