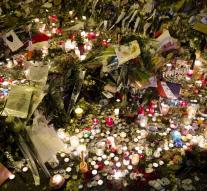 ankara - Turkey has warned France on two occasions for one of the perpetrators of the attacks in Paris. That said a senior Turkish government source Monday. In December and in June would have tipped over Ankara Paris Omar Ismael Mostefai. He shot dozens of people dead Friday at a performance by rock band Eagles of Death Metal.

According to Turkey, France asked after the attacks on Friday for information about Mostefai. He arrived in 2013 in Turkey, but there is no information that he has left the country. Presumably he secretly crossed the border with Syria. Many jihad goers take that route.

France asked Turkey in October for about four terror suspects. Turkey came Mostefai while on the track and passed that along.