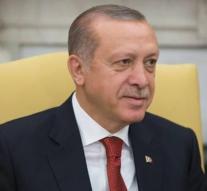 berlin - Turkey has dropped its objections against German parliamentary visits to German soldiers in Turkey. German MPs can visit their countrymen in the NATO base in Konya. The air force base Incirlik is currently taboo.

The parliamentarians were told by the German Ministry of Foreign Affairs and Defense on Fridays that they should be allowed to go to Konya. It is for the first time in almost eight months that German parliamentarians can visit German soldiers in Turkey.

Turkey refused to allow parliamentarians because of the German decision to grant Turkish officers asylum. Germany threatened to withdraw its troops from the Turkish air force base, Incirlik, as German parliamentarians who can not visit. Turkey has not yet lifted the ban for that base.