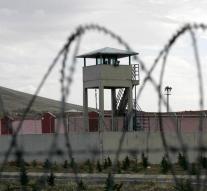 - Turkey has announced tentative made space in prisons. Nearly 36,000 detainees have been sent home. The state news agency Anadolu announced Wednesday that it is 7450 convicts detained in high-security prisons, 28 522 came from a correctional institution with a less strict regime.

All were made conditional on the loose. Among them are not serious criminals, who received prison for example, murder or a sexual offense. They were excluded from the arrangements three weeks ago by the decree was taken in response to the failed coup on July 15. The Erdogan government urgently needed space to the tens of thousands of detainees who were arrested to imprison for involvement in the coup.