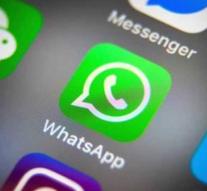 ankara - Turkey has launched an app for domestic messages to compete with the popular WhatsApp Messenger service from Facebook. With government critics, the question arises whether Ankara could use the new platform to sharpen supervision after the eighteen-month crackdown after the attempted coup.

The app, called PttMessenger after the Turkish postal and telegraph directorate (PTT), was introduced this week at government institutions and some private companies. It is expected that it will be available to the public within six months.

PttMessenger provides a 'system that is safer than WhatsApp,' said government spokesman Bekir Bozdag, 'Since no data is stored at the server, it is impossible to access this data.'

Critics doubt the suggestion that PttMessenger data can not be traced. There is a fear that it will provide the authorities with more opportunities to follow different opinions.