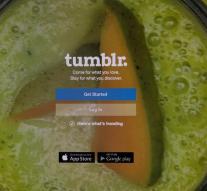 - Tumblr offers from Tuesday, support for live video. TechCrunch writes that Monday after there appeared a blog on Tumblr called livevideo.tumblr.com. TechCrunch heard from insiders that the messages appeared thereon, including a broadcast schedule were posted by Tumblr itself.