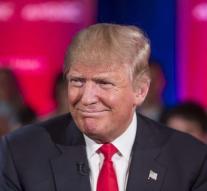 In addition to Lavrov, Russian ambassador Sergei Kisljak would have heard the secret information.