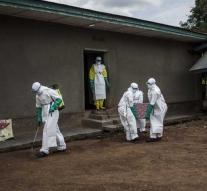 izmir - The American preacher Andrew Brunson will probably visit the White House on Saturday. That says the American president Donald Trump, who has worked for the release of his compatriot.

Brunson was released on Friday and has left Turkey. A witness reports that the plane took off with the clergyman in Izmir. His lawyer told journalists at the airport that his client first goes to Germany and later travels to the United States. The White House reports that Brunson is expected Saturday at Andrews air base in Maryland.