Home / World / Trump late May at NATO summit in Brussels 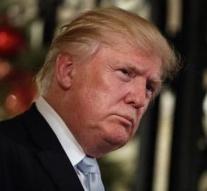 brussels/washington - Donald Trump is late May attended a NATO summit in Brussels. That confirmed the US president in a telephone conversation with NATO chief Jens Stoltenberg.

Although Trump military alliance called outdated before, now he emphasized the importance of the alliance. Both leaders discussed the progress in the fight against terrorism, defense spending of the 28 NATO member states and the need to share the costs fairly.

The situation and the prospects for peace in eastern Ukraine were discussed. Stoltenberg stressed the importance of dialogue as well as a solid defense in front of Moscow.

It is intended that the new NATO headquarters will be officially opened at the summit in Brussels. During his visit to Europe Trump lives on 26 and 27 May also the G7 summit of rich nations in Sicily.