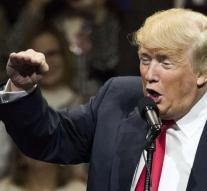 - The elected US president Donald Trump on Friday had phone contact with his Filipino colleague Rodrigo Duterte and invited him to visit the White House next year. According Dutertes confidant Christopher Go ' it was a very pleasant and animated conversation '' that lasted seven minutes.

Duterte, in turn Trump asked to come to Manila in 2017, when the Philippines chairman of several summits of the Association of South East Asian Countries. In recent months insulted Duterte President Barack Obama a few times and he called to have had it repeatedly with the United States.