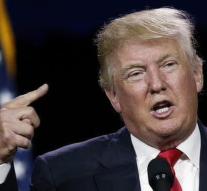 washington - US President Donald Trump investigates whether the American election system is vulnerable to fraud. Sources in the White House said Thursday to the NBC channel that a committee is being formed under the leadership of Vice President Mike Pence.

Beginning this year, Trump has already regretted the US system which is susceptible to fraud. At the presidential elections last November, Hillary Clinton received about three million more voters than Trump. Who said that the popular vote had gone to Clinton by millions of voices illegally released to her.

The greater number of votes did not provide Clinton with the presidency. The president is not elected directly but by a electoral college in which states receive votes based on their population. In the electoral college, Trump received more voters behind him than Clinton.