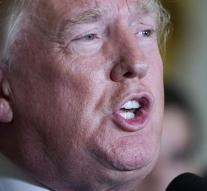 london - US President Donald Trump will visit Britain in the beginning of next year, but it will be a work visit and no official state visit. According to British media, the president will not be able to meet Queen Elizabeth.

Upon her visit to Trump in January shortly after his arrival, the British Prime Minister invited the US president for a state visit. In Britain, it caused a storm of protest. There was a threat of massive protests during his arrival. In June, Trump announced that the visit had been delayed.

The upcoming work visit is probably part of a trip across countries. The May office did not want to respond to the message and stated that the situation surrounding the previously planned state visit has not changed.