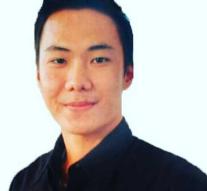 sulawesi - Air traffic controller Anthonius Gunawan Agung has been able to take off a plane full of people from Sulawesi, but has had to pay the highest price for it.

The 21-year-old worked in the control tower of Palu. During the earthquake he remained at his violently shaking post. Anthonius managed to let a last plane leave the airport. They survived the disaster, but the 21-year-old had to jump down from the collapsing tower and died.

When the earth began to shake, Agung managed to pilot Flight 6231 from Batik Air to the runway. A spokesman for AirNav Indonesia says: 'He waited until the plane was safely in the air. Then he jumped off the tower. We find it terrible what happened and we pray for his soul and for the other victims of the earthquake. '