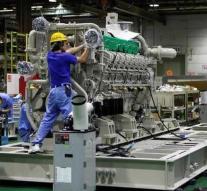 tokio (afn) - The Japanese stock market rose somewhat on Wednesday after the heavy exchange losses in the past two trading days.

Investors drew on the recovery on Wall Street, where the indices after a freakish trading day managed to secure solid profits. The other fairs in the Far East showed a mixed picture.

The Nikkei in Tokyo eventually ended 0.2 percent higher at 21. 645.37 points. Earlier in the day the Japanese main index was more than 3 percent in the plus. Tuesday, the Nikkei plummeted nearly 5 percent due to the fear of rising interest rates and rising inflation. That was the biggest day loss in fifteen months.

Toyota won 1.2 percent at the companies. The Japanese automaker raised its profit forecast for the third time in a row thanks to rising car sales in the United States. The company expects to achieve a record profit in the current financial year ending in March. Telecom concern Softbank, which will announce the results, climbed 3.8 percent.

In Hong Kong, the Hang Seng index showed an interim profit of 0.1 percent. The trade in the Wynn Macau share was halted prior to the announcement that Steve Wynn resigned as director of casino business Wynn Resorts, which he founded. The wealthy casino tycoon lays down his job after allegations to his address of years of sexual harassment.

The All Ordinaries in Sydney ended 0.9 percent in the plus and the Kospi in Seoul returned an earlier win and lost 1.7 percent. The Shanghai stock exchange fell 1.1 percent under Chinese banks.