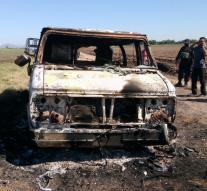 - Two Australian tourists disappeared in Mexico were probably shot by gang members. Mexican police, according to the BBC arrested three men allegedly involved in the death of the men. Two other suspects are still at large.

The arrested men would have confessed to the killings. They gave to having two foreign tourists shot dead during a robbery. Then they crossed the bodies and the van of the victims on fire. One of the suspects is reportedly the leader of a gang of drug smugglers.

The 33-year-old Australian men since November 20 were not seen alive. Later their burned-out vehicles and two bodies were found in the state of Sinaloa. DNA tests should show whether it is the missing tourists. The pair had traveled to Mexico to surf.