Home / World / Tourist survives a fall of hundreds of meters 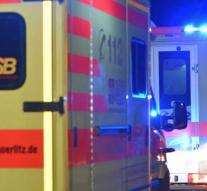 - The planning of the Christmas season is no sinecure. Especially if you have to take into account a family, a parental plan and the wishes of exes. Journalist and divorced mother Daphne...

The incident was at the Köningssee in Bavaria. Because the woman did not know exactly where she was, the rescue team sent two helicopters into the air. During the search a trail in the snow was discovered that stopped at a steep trench. There the woman appeared to have fallen.

Rescue workers managed to reach the woman abseiling. She was taken to the hospital in Salzburg with a helicopter, according to the Red Cross in Bavaria Sunday.