Home / World / Tourism in Paris is back on track 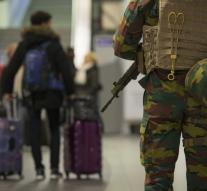 - Tourism to Paris scrambles some two weeks after the terrorist attacks on again. That said, the French Minister for Economic Affairs Emmanuel Macron Wednesday.

The hotel bookings showed a sharp decline after the terrorist attacks on 13 November, 130 people were killed. The daily load factor fell in the Paris Hotels in the week after the attacks on cafes, restaurants and theater Bataclan average by 24 percentage points, according to figures from tourism office Office du Tourisme et des Congres de Paris.

But the decline has now dropped to 16 percentage points on November 22 and 23, Macron said. The bookings through the airlines were this week back to normal levels after the fall immediately after the attacks.