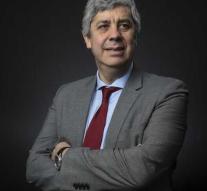 lisbon - Justice in Portugal ceases an investigation into the Portuguese Minister of Finance and Euro Group Chairman Mario Centeno. The prosecutor stated that it became clear that Centeno was not guilty of favoritism or any other offense.

Portuguese media reported last weekend of a raid by the police at the Ministry of Finance. The invasion would be directed against Centeno. The chairman of football club Benfica would have asked Centeno for a favor. In exchange for that favor, the minister would have received two tickets to a match from Benfica. It was about places in the presidential lodge.

Centeno, who succeeded the Dutchman Jeroen Dijsselbloem as Eurogroep chairman on 13 January, immediately denied having done anything illegal.