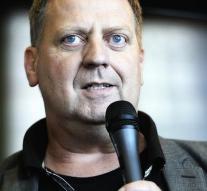 utrecht - At FNV, Thursday was a key driver from the top of the trade union. Ruud Kuin had been re-elected at the FNV congress for a new term, but at the vote in the parliamentary parliament he was not re-elected.

Kuin belonged to the daily government of the federation since 2013. Last year, he was still part of the three FNVs who temporarily perceived the duties of chaired chairman Ton Heerts. His colleague, Mariëtte Patijn, who had also been eligible for re-election, may continue for four years.

At the conference a total of five daily drivers have been chosen from eleven candidates. They are going to support the nominated chairman Han Busker earlier this year. There is still a vacancy for the position of general secretary. In addition, ten people have been elected in general board.