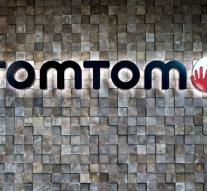 - Navigation Service TomTom is a test self-driving cars perched on the Formula 1 circuit of Albert Park in Melbourne. The company will perform tests that together with partner Bosch.

Before the test, in addition to the cards TomTom also provides the so-called RoadDNA out, a related product that vehicles enables to determine their position on the road. At Albert Park will also be tested at high speeds, including on safety, efficiency and comfort of vehicles.

Further reported that TomTom Traffic TomTom City platform is already deployed in over one hundred cities within six months. TomTom City is now available in six languages ​​and covers after the last addition of fifty cities, now six continents. In the Netherlands were included Rotterdam, The Hague and Amsterdam. There are Utrecht and Eindhoven added.

Also launched the TomTom Traffic Stats API, a new service that enables access to the historical speed and travel time data from TomTom.