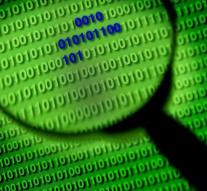 - Victims of newly discovered Android malware in some cases forced to buy a new handset. The malicious software embeds itself so deeply in the system to remove it very difficult.

The malware was discovered by security company Lookout. They found about 20. 000 samples in three different versions. These versions bearing the names Shedun, Shuanet and ShiftyBug, share a lot of code and use the same tactics to infect the phone of victims.

Once the malware is installed, it brings changes to the core system of the device and nestles deep within. It then appears in another form in legitimate popular apps like Facebook, Candy Crush and Whatsapp.

These infected apps remain functional, can only appear adware. Unsolicited commercials are always annoying, but because the malware is nestled deep in the system, it is also very risky for online security and user privacy.

Moreover, it is so difficult to remove that most users will have to buy a new phone, writes Lookout researcher Michael Bentley. Though they can also ask a professional to remove the malware. Reset the unit to factory defaults would not be sufficient.

The malware spreads according to Lookout via third-party app stores. However, the company has the largest number of infections found in eg the United States and Germany. Countries in which users install normally just mainly apps from the official Google Play store. Also found in Iran, Russia, India, Jamaica, Sudan, Brazil, Mexico and Indonesia are many infection cases.