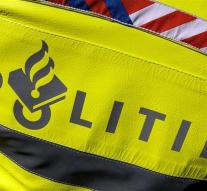 On the road on the outskirts of the city, a speed limit of 80 kilometers per hour applies. The police showed Thursday that the driver's license was taken away immediately. The prosecutor will decide on the further processing.