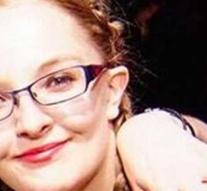 london - The mother of a suddenly deceased girl is furious at Ticketmaster.

Shelley Diment was broken when her 22-year-old daughter Ashlee died in a short time due to a rare disease. The girl had bought tickets for a performance by Ed Sheeran in Cardiff. The mother wanted to pay her daughter to the concert as an ode.

The 44-year-old Shelly emailed Ticketmaster with the question whether she wanted to put her daughter's three tickets on her name. Instead of sympathy, the English got the tough demand that she had to prove that Ashlee had died.

Only if she could submit a certificate of death would Ticketmaster possibly cooperate.

But even then she had to submit a statement from a lawyer that she was the mother of Ashlee. The tickets were bought with the mother's debit card, and the handling was also done via her email address, Walesonline writes.

'Ed Sheeran meant so much for my daughter. We buried her in her favorite Ed Sheeran t-shirt. His music was also played at the funeral '.

Eventually after a lot of pressure from the outside world, Ticketmaster started tacking. 'We are pleased that this has been resolved,' says the company against Walesonline. The company also apologizes for the blunt treatment.