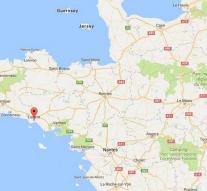 lorient - In the French port city of Lorient, a lugubere discovery was made on Wednesday. In a cold store of a fishing boat and in the home of a 50-year-old woman, one and two fetuses were found respectively. The woman, possibly the mother of the dead babies, is detained by French media.

The police are investigating the cause of the fetuses.

How old the victims were and the extent to which pregnancy was completed is not known.