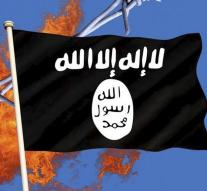 brussels - Three Belgian jihad goers were involved in the creation of IS. It reports the Belgian newspaper De Morgen. The medium is based on a reconstruction of the American magazine Foreign Policy.

a foundation meeting of terrorist movement took'S in the spring of 2013 place where three Belgians were present. A reliable testimony of an IS-warrior would have three sworn allegiance to leader Abu Bakr al-Baghdadi. 'They were criminals who only came to fight for the adventure,' the IS-warrior.

Most Belgian Syria-goers stayed in April 2013 in a villa in Kafr Hamra, near Aleppo. There they found refuge with local militia Majlis Shura al-Mujahideen and shared via social media plenty of photos of the pool.


The reconstruction of among others the Dutch journalist Harald bush for US Foreign Policy, shows that Abu Bakr al-Baghdadi in the same villa terror movement IS founded. He submitted a week with leaders of jihad-minded armed groups. When the leaders decided to join forces, Al-Baghdadi ordered to come within a few fighters. They were the new leader will swear personal allegiance.

The three Belgians were known as followers of Sharia4Belgium and left the end of 2012 together in Vilvoorde, near Brussels. Nabil Azahaf (also known as Abu Sayyaf), Zakaria Asbai (Abu Zubair), and presumably Magomed Saralapov (Abu al-Shishan Belgiki) headed for Syria. They would then have told everyone how passionately they had their oath of allegiance.

This enables the Syrian IS-warrior Abu Ahmad, who is dissatisfied with the direction of the terrorist movement and risk their lives has spoken dozens of hours with two journalists, including Harald Doornbos.


The Belgian trio was not known as pious, but they were named by their cruelty. Abu Sayyaf would have spoken regularly about beheadings and would later have the deed to the word. 'He went his commander even ask if he could kill someone,' says Ahmad. 'I just want to even hold a head. '

It earned him the nickname 'al-thabah ', also called' the butcher ', op. He would arrive later Katibat al-Battar, the elite brigade of IS which included Molenbeek terrorist Abdelhamid Abaaoud. Abu Sayyaf would be deceased in May 2014. It is unclear what happened to his two companions.