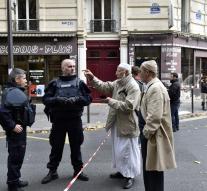 - The next three days put the French government soldiers in 3000 to monitor all kinds of strategic locations in the country. The measure is an extension of the state of emergency by President Francois Hollande has declared.

The uniformed units are used, among other at Paris train stations, ports, major roads and motorways. Border controls are further tightened, too. The government has asked its European partners to train and air travelers to France to monitor extra sharp.

The units are now being deployed, are over 30. 000 policemen, gendarmes and soldiers who control since some months vulnerabilities in France extra, according to the Interior Ministry Sunday.