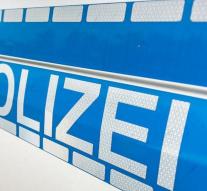 memory - In an explosion on a boat in the port of the German town of Minden, thirteen people were injured on Tuesday night. It is about twelve firemen and an agent who were on site because of fire on board.

The police announce that six people are ill, one of whom is at risk of life. It is unclear what caused the explosion. The powerboat hit a few meters in the air, says a police spokesman.

As a result of the explosion, two other boats and a car parked at the port were damaged. The damage estimates the police at about 500, 000 euros. Minden is located in the state of North Rhine-Westphalia.