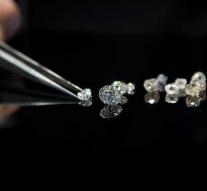 london - A precious tiara ever made for the British Countess of Portland has been stolen. Thieves broke into the British estate Welbeck in the place Worksop near Sheffield and smashed the armed glass of the coffin where the jewelery lay, according to the BBC Friday.

Countess Winifred of Portland wore the diamond-filled tiara in 1902 at the coronation of Edward VII. The jewel is worth millions of euros and experts fear that the thieves will disassemble the tiara to sell the diamonds separately.

After the theft, a burnt-out Audi was found in Blidworth and probably used by the thieves.