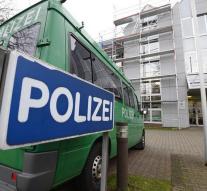 velbert - One from a pilgrimage church in the German town Wuppertal stolen statue of Mary is back. The unknown thief had the ancient statue sat in wax paper placed back at the monastery gate in the city Velbert in North Rhine-Westphalia, the Franciscan monk Dietmar Brüggemann announced.

The so-called mercy picture dates from the mid 17th century. Since 1681, the small image of the Virgin Mary destination of pilgrims. Even today come under the archbishopric of Cologne each year tens of thousands of pilgrims to Velbert.

Friday the Franciscan monks had noticed the theft.