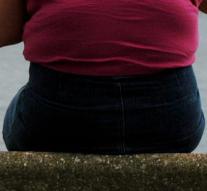 - An American woman of almost 150 kilograms is accused of killing a nine-year-old girl because she was sitting on the child for a minute.

According to the 64-year-old woman, the child was 'unmanageable', writing American media. The obese lady, Veronica Green Posey, is suspected of murder and child abuse.

According to the News Journal, Posey sat on the child for twelve minutes to punish her, even though the girl called for a few minutes for no air. Other adults who saw it would not have intervened. When the obese woman rose, the victim turned out to be unconscious. Posey called 911 and tried to resuscitate the girl.

The emergency services provoked the 9-year-old victim, who was unconscious when the ambulance workers arrived. However, relief did not help: the girl died of her injuries.

Other adults aged 62 and 69 who were present at the dramatic death of the girl are charged with child abuse.